A poetic, moving, shrewd show
A reunion with much-loved characters
A literary classic brought to the stage by international creatives 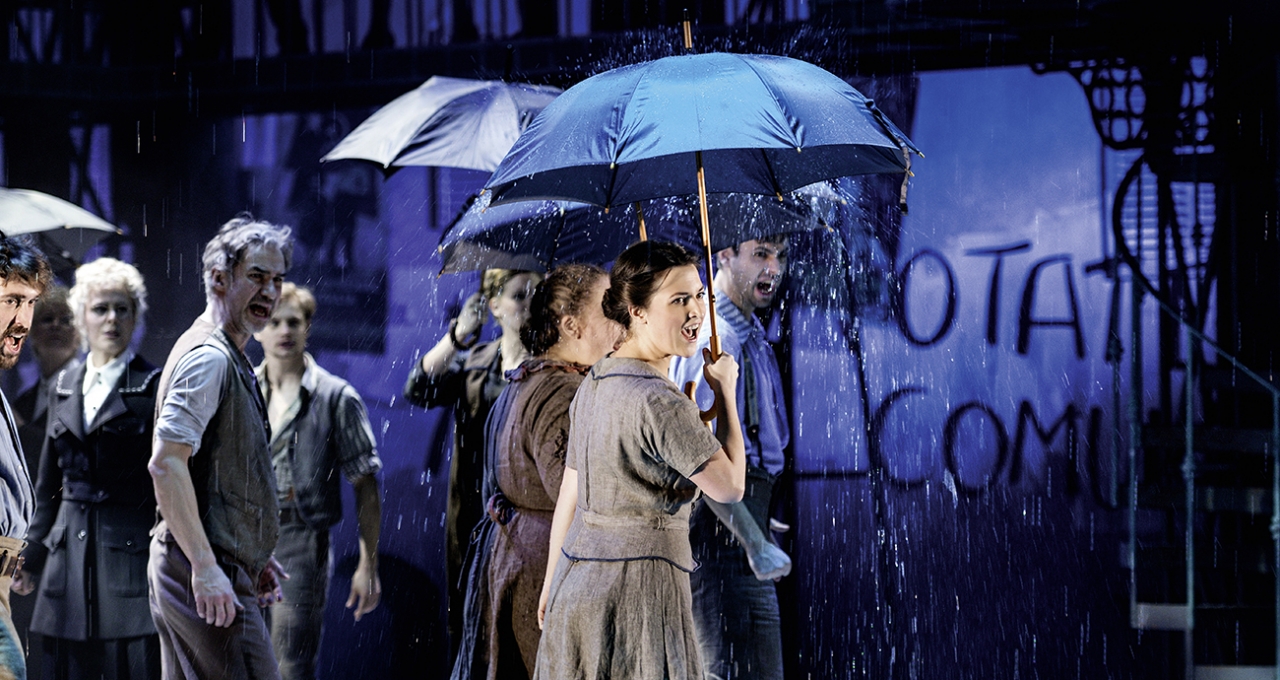 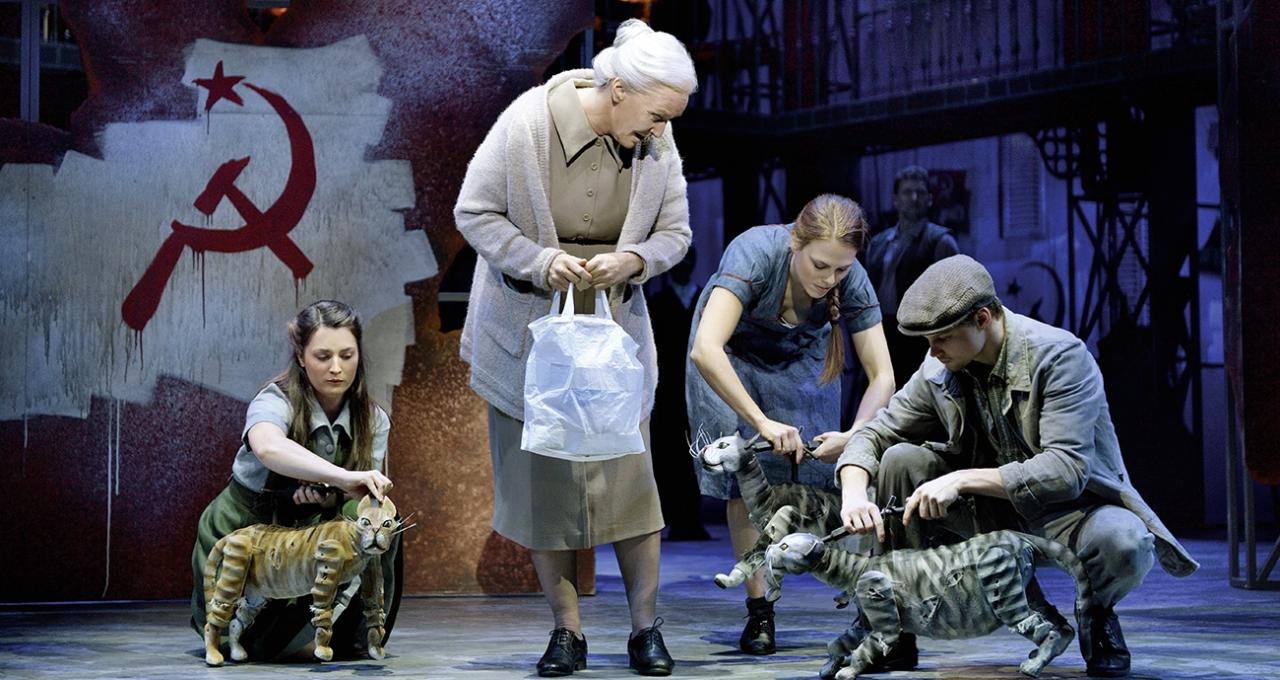 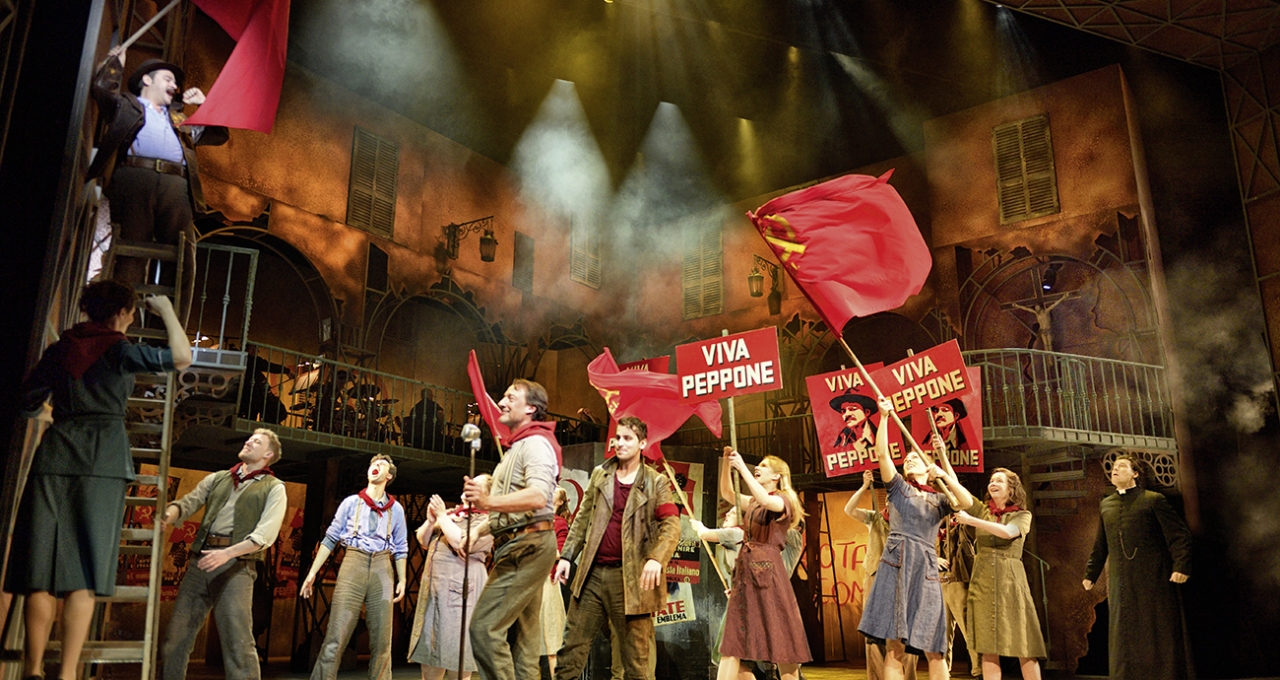 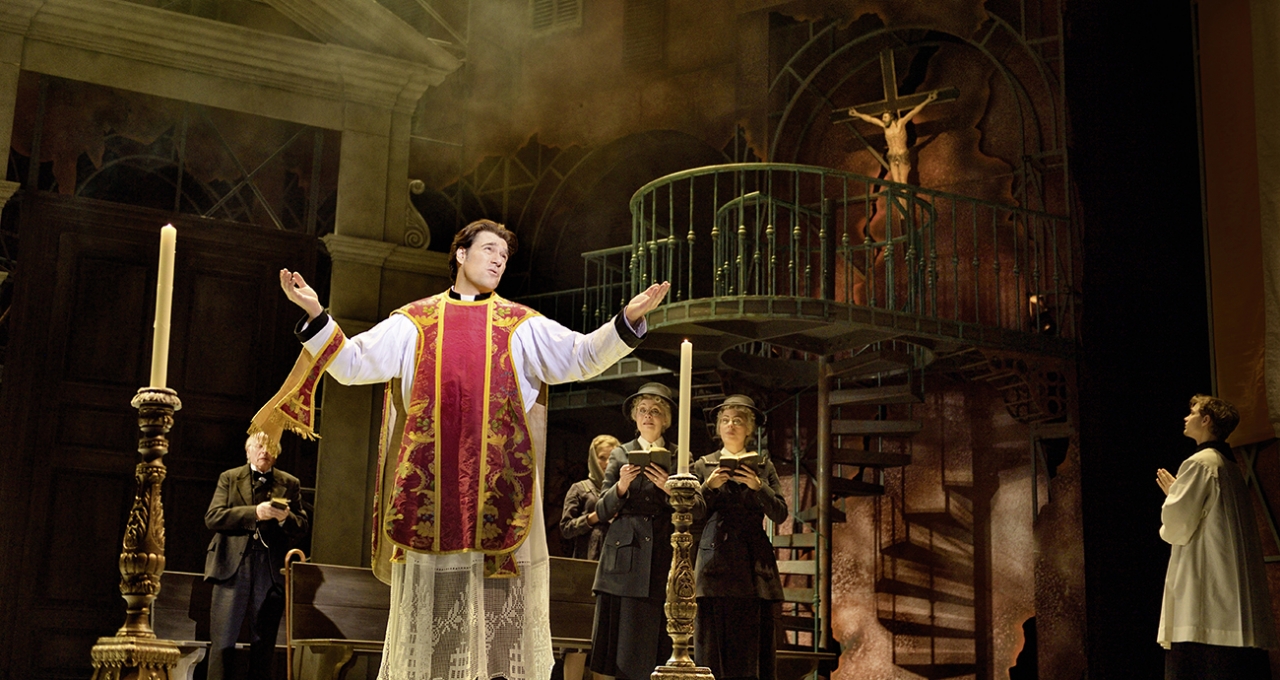 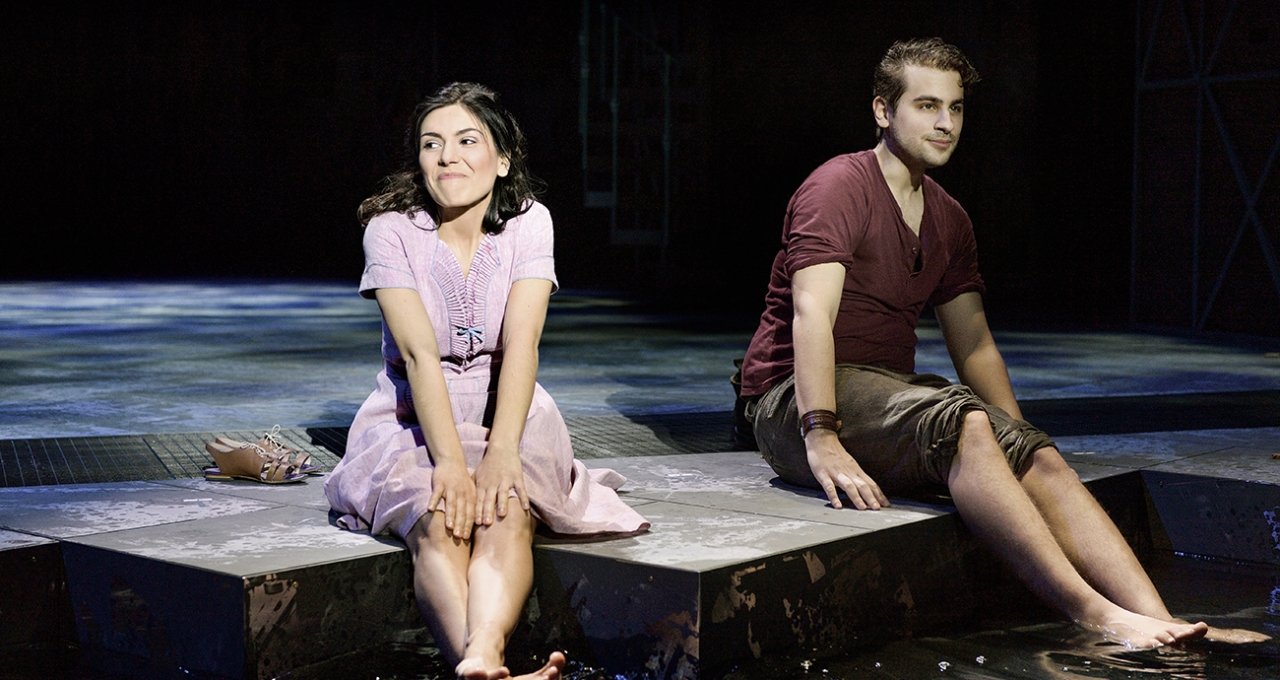 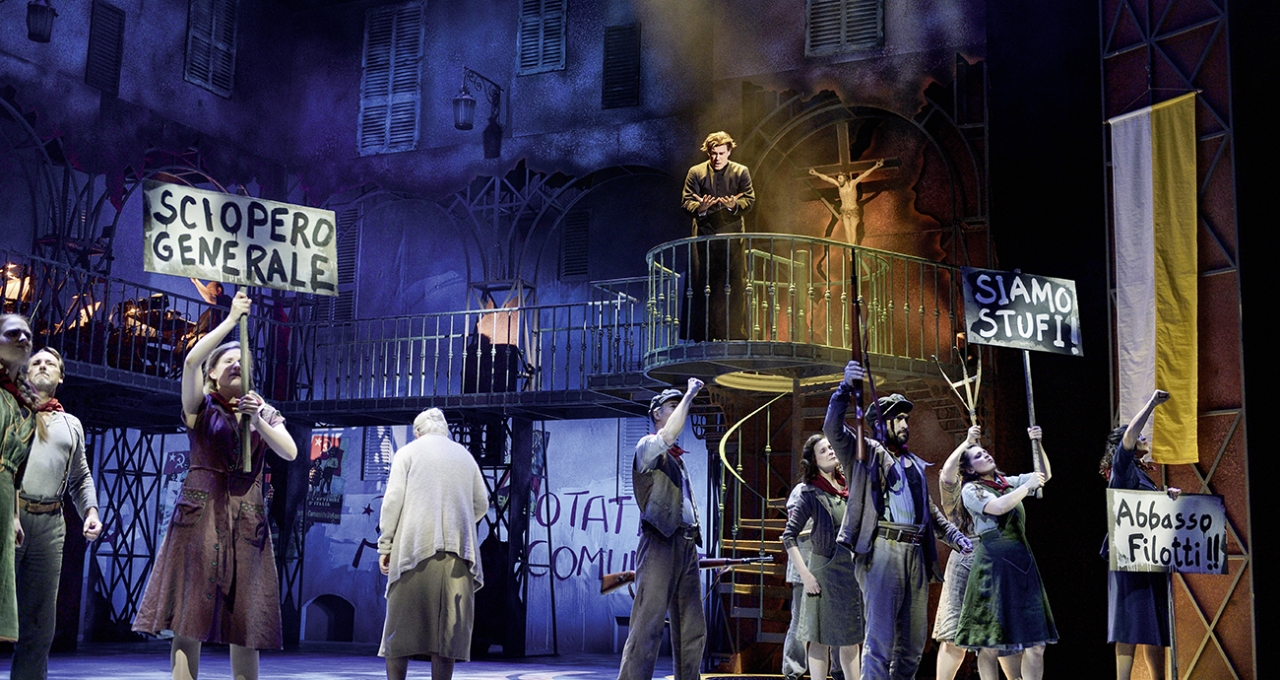 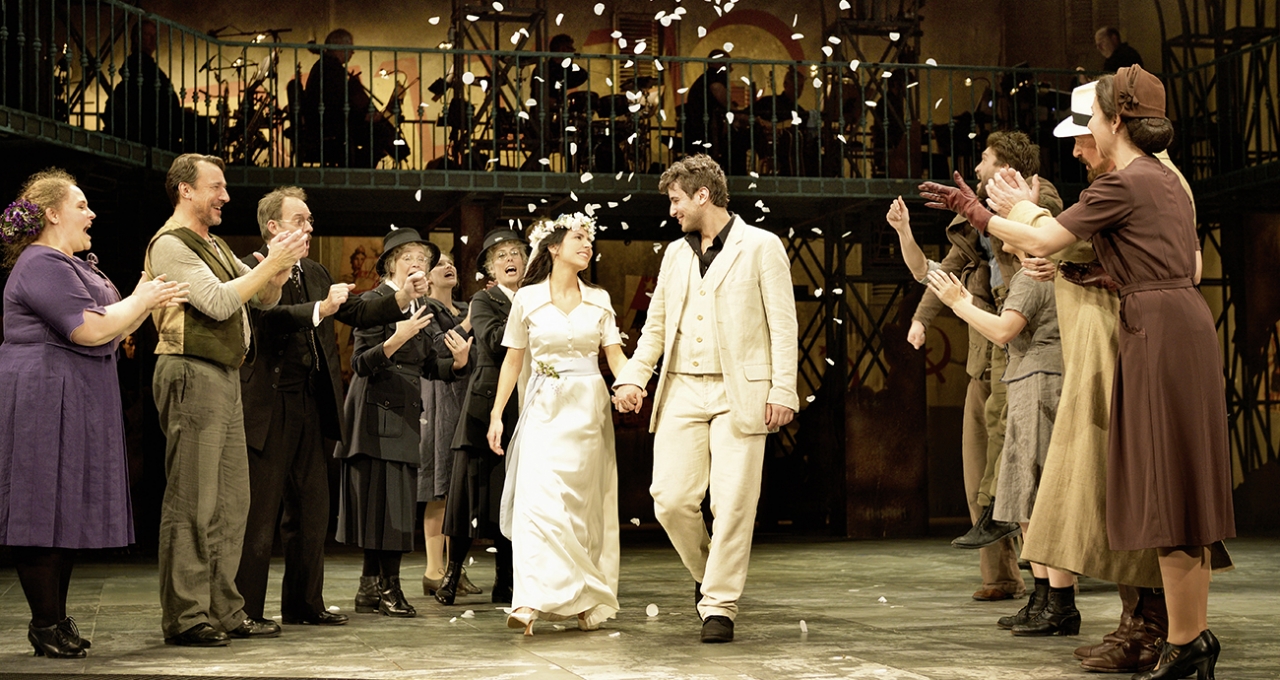 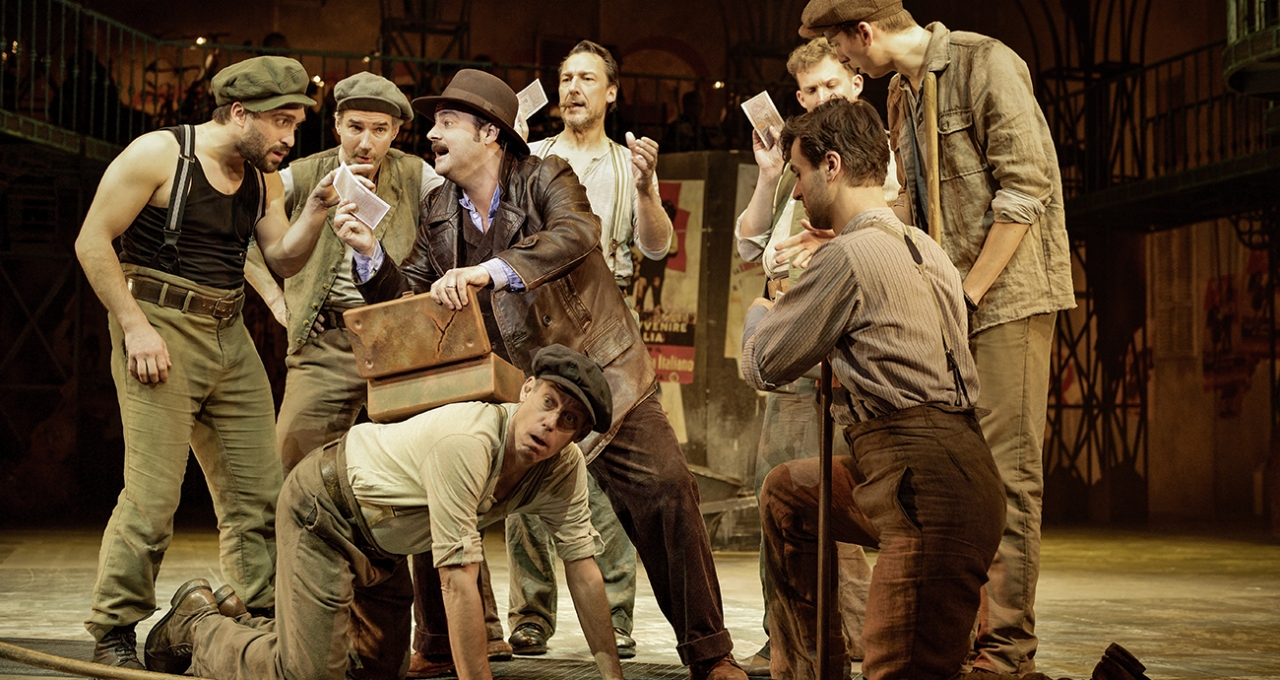 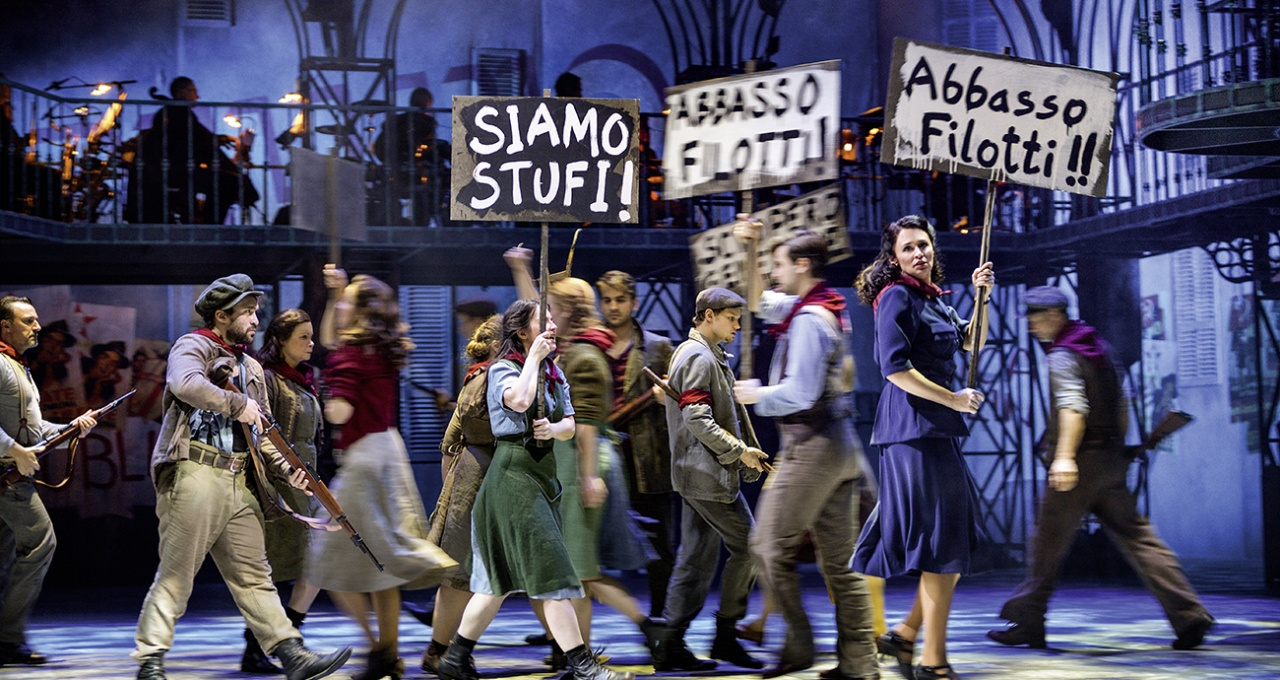 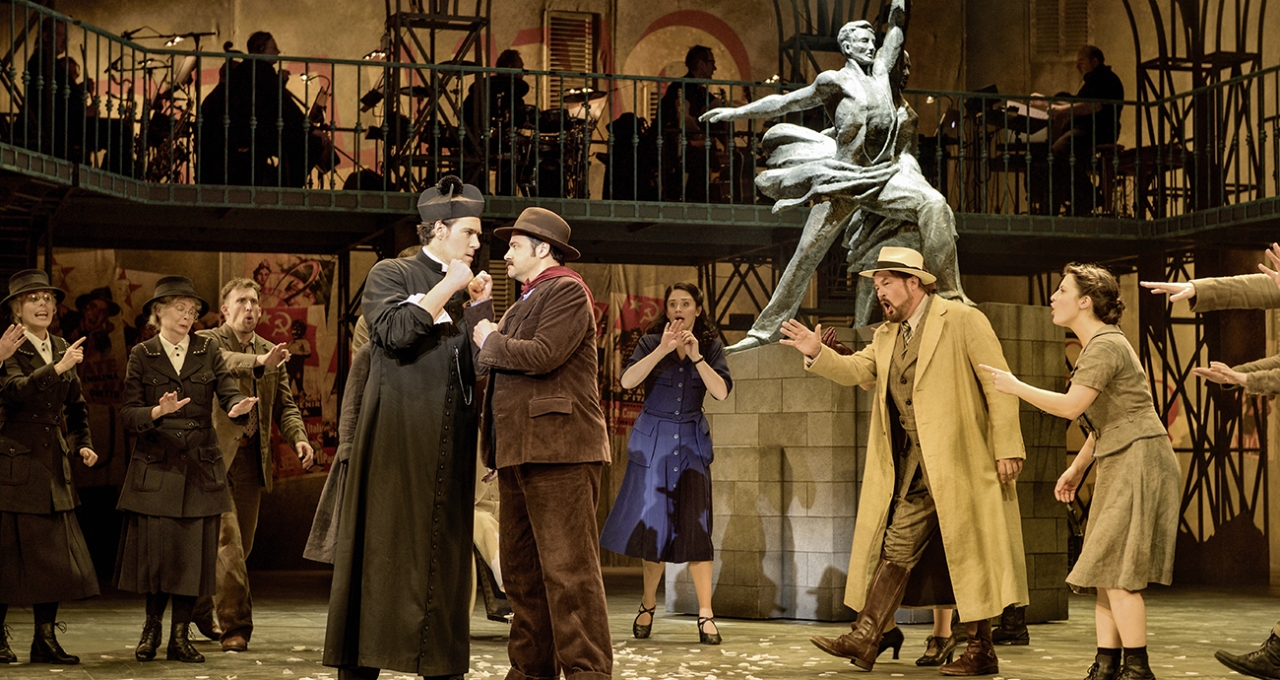 DON CAMILLO & PEPPONE lovingly recreates the tales centred on the pugnacious Catholic priest Don Camillo and his no less bellicose antagonist Peppone as a joyous, light-hearted musical. It provides a reunion with charming, much-loved characters in an upbeat tale set in rural Italy in the 1950s, a tale of social optimism, mutual co-existence, tolerance and the power of reconciliation.

Don Camillo, Boscaccio’s village priest, is outraged. He gazes reproachfully up at the cross. “How could you let this happen?” Jesus replies that this is what democracy is about. After all, the poor have plenty of reasons for voting in a Communist mayor.

So begins our light-hearted musical about the Catholic priest Don Camillo and his rival Peppone, the new mayor of Boscaccio. It is 1947 and we find ourselves in a village in the North Italian Po Valley. This apparently sleepy little village is the setting for a battle between traditional values and the ideals of a social revolution. Not even Jesus can calm the furious priest down. In the war that has just ended, Don Camillo, unlike other clerics, fought with the partisans against the Fascists. Now he must fight against Peppone and his comrades. If necessary using the gun he has hidden in the sacristy.

The new mayor is no stranger to Don Camillo. They fought side by side when they were both part of the resistance to the now-toppled dictatorship. But Don Camillo vehemently rejects Peppone’s political views. His opponent’s attitude is equally vehement. Peppone sees himself as the representative of a new and better era. He is fighting for a better world, even if the Communist Party slogans he spouts sound odd coming from this man of the people. He considers the Church a force for evil, holding back progress.

These are our two combatants: the one cunning and eloquent, the other stubborn and intransigent. On Don Camillo’s side are the wealthy landowners and conservative churchgoers, while the poor labourers and progressive intelligentsia stand behind Peppone. Each side despises the other and this contempt not infrequently turns into burning hatred.

As long as it is confined to words, ideas and demands, the quarrel sows discord in the village, but nothing worse. But a devastating flood makes it clear that in an emergency they all need each other. When soon afterwards a strike threatens to destroy all the livestock, Don Camillo realises that uncompromising confrontation will plunge the village into calamity.

However, it is a pair of star-crossed young lovers who bring about the real change of heart. Gina, the daughter of rich landowner Filotti, is in love with Mariolino, the son of Brusco, a poor peasant farmer. As with Romeo and Juliet, their feuding families will go to any lengths to break up the relationship between their children. We all know how it ends in Shakespeare. Here, too, the young couple can see no way out except joint suicide. Fortunately, Don Camillo and Peppone find out in time that the pair intend to drown themselves. They sound the alarm and the whole village forms a search party. The despairing lovers are found just in time. The shock brings everyone to their senses. Boscaccio will never belong completely to either Don Camillo or Peppone. Instead of fighting each other, they will have to come to an understanding and learn to put up with each other.

Gina and Mariolino’s wedding does not resolve every quarrel between the villagers, but it is a festival of tolerance, celebrated in harmony by the entire village.

Grammy winner Michael Kunze, the most successful Germanlanguage musical author, lyricist and translator of his age (79 gold and platinum records!) teams up with Dario Farina, one of Italy’s foremost contemporary composers (pop hit “Felicita“, movie score for ROSSINI, to breathe new life into the muchloved cult figures of Don Camillo and his arch-rival Peppone. The first of Giovannino Guareschi’s short stories about the pair appeared in 1948, and the books became bestsellers in 27 countries. Countless adaptations have been made for cinema and television.

Now the pugnacious priest and equally hotheaded communist mayor lock horns on the musical stage, battling each other and the problems of life in post-war rural Italy in a new original musical comedy produced by VBW in association with Theater St. Gallen. The world premiere of this version of the classic tale of social upheaval, tolerance and the power of reconciliation took place in April 2016 in Switzerland, and the show opened in Austria to rapturous reviews at the Ronacher in Vienna in January 2017. Once again the VBW assembled a leading team of supreme talent and experience. In 2019 the production was staged in Tecklenburg, on the largest open air stage in Germany.

The evocative sets by Olivier Award and Drama Desk Award-winner Peter J. Davison (THE VISIT, REBECCA) reflect both the hardships and the hopes of 1950s rural Italy and are sympathetically lit by Michael Grundner (LES MISERABLES, JESUS CHRIST SUPERSTAR). Tony Award nominee Yan Tax (ELISABETH, MOZART! etc.) provides meticulously designed costumes, while choreographer Dennis Callahan (DANCE OF THE VAMPIRES, ELISABETH, MOZART!) returns to VBW with pulsating dance routines ranging from the enchanting to the violent! A welcome reunion with much loved characters, stirring, poetic and wise: a comedy to restore faith in the fundamental goodness of humanity!

Michael Kunze and Dario Farina: Hit writers give us a joyous reunion